When you’re considering a cylindrical lens versus a spherical lens, the most important distinction is where the lens brings light into focus. A spherical lens brings beams of light to focus at a single point for viewing. A cylindrical lens, by comparison, focuses light onto a line. This change happens because light comes into focus at different points depending on where on the axis it enters the lens. All the focus points line up exactly, producing a horizontal or vertical line of light, depending on the lens orientation.

Cylindrical Lenses for Every Application

Cylindrical lenses are optical lenses with different radii on the x and y axis. These lenses are often used to correct for astigmatism in imaging systems, and are also ideal for beam shaping, to adjust image height size, or as a laser line generator. Like spherical lenses, these lenses may have one curved and one flat side or two curved sides.  The curved face or faces of a cylindrical lens are portions of a cylinder, and the lens focuses light in a single dimension; i.e., into a line rather than into a point.

Substrate options include Schott or Ohara glass, CDGM, Corning Fused Silica, JGS1 or JGS2. The surface quality of our cylindrical lenses is 20-10 after coating, and the clear aperture is greater than 90 percent of the central dimension.

A plano convex cylindrical lens, also known as a positive cylindrical lens, will condense light on one axis.  It can be used to magnify an image in one direction, changing the aspect ratio. They will focus collimated light to a line, or to create a line image from a point of light. These lenses are used for such applications as laser projection and illuminating slit and line detector arrays. Two plano convex cylindrical lenses can be used to collimate and circularize the light emitted from a laser diode.

A plano convex lens should be oriented so that light is incident on the curved surface if you are focusing to a line. When collimating light, orient your lens so that the light from your line source is incident on the plano surface.

The main significance of a cylindrical lens is its ability to focus light onto a continuous line rather than a fixed point. This quality gives the cylindrical lens various unique abilities, such as laser line generation. Some of these applications simply aren’t possible with a spherical lens. Cylindrical lens capabilities include:

How Cylindrical Lenses Are Produced 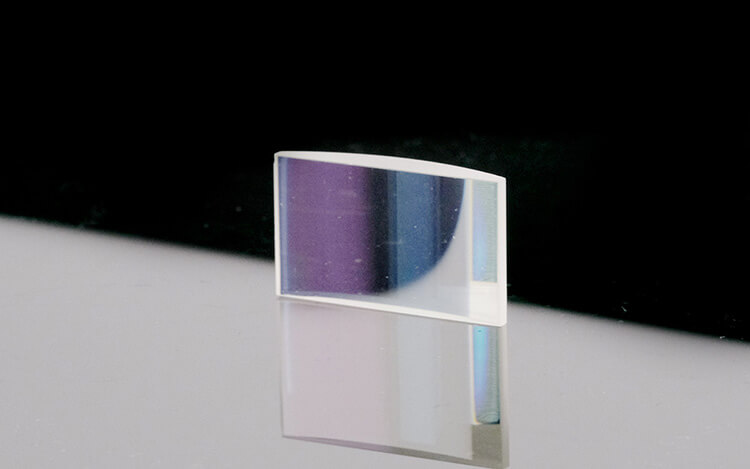 Cylindrical lenses generally take more effort to produce than spherical lenses, though both types require great precision. The lenses are made of optical glass and are either molded or cut out of a cylinder to your specifications. The lenses are then polished, coated and examined for proper power and performance.

Producing a cylindrical lens with the proper measurements can take a lot of time, which is why Shanghai Optics uses high-speed polishers that allow us to produce lenses 10 times faster than those using traditional polishing methods. With speed, precision and high quality-control standards, S.O. has the ability to manufacture custom cylindrical lenses to meet a variety of specific needs.

Many projects require custom optical lenses, and for cylindrical lenses, customization is the norm rather than the exception. After all, in order to achieve the desired results, a cylindrical lens must match the exact dimension and specifications necessary to project a line of the proper length and focal distance.

If you’re looking for a manufacturer that can produce custom cylindrical lenses to your exact specifications, Shanghai Optics would make a strong choice. We have more than 55 years of experience designing, manufacturing and refining custom optical lenses for use in a range of industries. Our production staff follows strict ISO 9001 standards and uses state-of-the-art metrology equipment to test finished lenses for quality and performance.

Choose from N-BK7 glass, UV fused silica, or CaF2 ,or other special materials specified by customers, all of which are available uncoated or with an antireflection coating with surface accuracy up to λ/8 and surface quality up to 10-5.

To learn how S.O. could assist with your current optics project, request a quote online or contact one of our friendly representatives for more information.